Before there were Bosch tools or home appliances there was a man with a vision.  On November 15, 1886, Robert Bosch received official approval to open a “Workshop for Precision Mechanics and Electrical Engineering” at 75B Rotebühlstrasse in Stuttgart.   Together with a mechanic and an errand boy, Robert’s vision was to improve quality of life with innovative products and services.

His motto was to ”Never forget your humanity, and respect human dignity in your dealings with others.”  Robert Bosch 1931.

Fast forward over 120 years and the Bosch name is synonymous with quality and craftsmanship.

For many people who love collecting antiques and old vintage things, you will really appreciate the quality that Bosch brings to their products.  Back in the 1920s – 1950s, America was buzzing with quality goods.  US Factories produced some of the best products the world had ever seen.  Real quality tools and machinery that would stand the test of time and usage. By picking up a tool you could just feel the quality and workmanship.  Companies and workers took pride in creating top notch products.  Then the 60’s and 70’s rolled in and it was all about price and profits.  Gone were the days of quality goods and instead outsourcing became a reality.  Cheap labor and cost cutting was all the rage.

During all this time the Bosch line remained stedfast in their pursuit of quality and producing something that would last for years.

On The Hunt For A Quality Drill

I have always admired quality tools often collecting tools from the early days.  There is something magical about a hand tool that was designed to last for a very long time, the weight, the look, the feel and the performance.  Ah yes the performance.

The problem with antique drills is they are great for little jobs, but if you really want to go to town, a battery operated one is so much easier and better.  So with that aspect in mind I set out to research various companies and drills that I thought were up to the task.  One name kept coming up, Bosch.

Something about the name spoke out to me.  Doing a little more digging and it became immediately clear that I wanted to test out a Bosch drill.  I decided to contact the folks at Bosch about what I was looking for and received a reply from Andy.  He suggested the Bosch 12V PS32 and thought it was perfect for DIY (Do It Yourself) jobs.

A few weeks later and the Drill arrived. 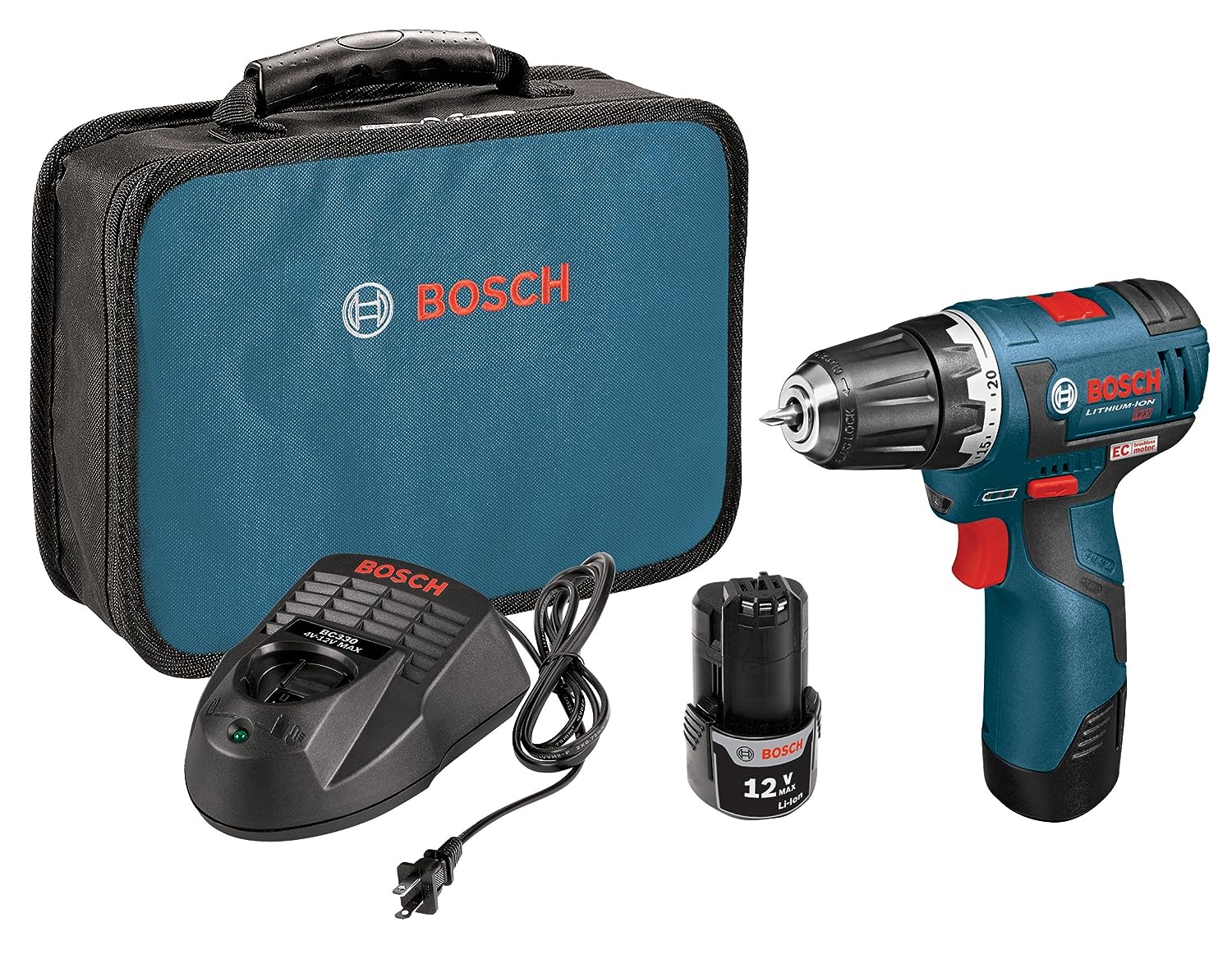 What Comes With Drill

There are some really cool features to the drill that makes it really stand out from the crowd.  First off it comes with 2 Lithium batteries.  I have found this extremely useful almost every time I use the drill.  The batteries hold their charge for a very long time and having a 2nd one ready to go after the 1st battery is spent is an absolute time saver.  No having to wait around to charge the battery, just pop the spent battery in the charger and swap it out with the charged one.

Another neat feature on the drill is a battery indicator showing just how much juice is left.  I can’t tell you how many times in the past I wanted to drill something, only to find out that the battery was almost depleted.

The rear of the Drill can be setup to hold various bits.  Really useful if you are changing bit heads often.

Another option for those who like to wear belts and have the drill hang from it, is using the Bosch Belt Clip.  It’s an either or option.  You can use the belt clip or the bit holder, but not both.

The Drill comes with a front light that is very useful in dark corners and low lighting situations.  It would be cool if the light was moved up to the actual drilling part, but in most cases I found this worked really well.

One thing that is a little hard to convey in this article is how the drill performs.  It’s a fantastic weight.  Not too heavy or too light.  The handle feels great and it’s very easy to maneuver.   The Drill isn’t bulky and is easy to store in a door or small cabinet. 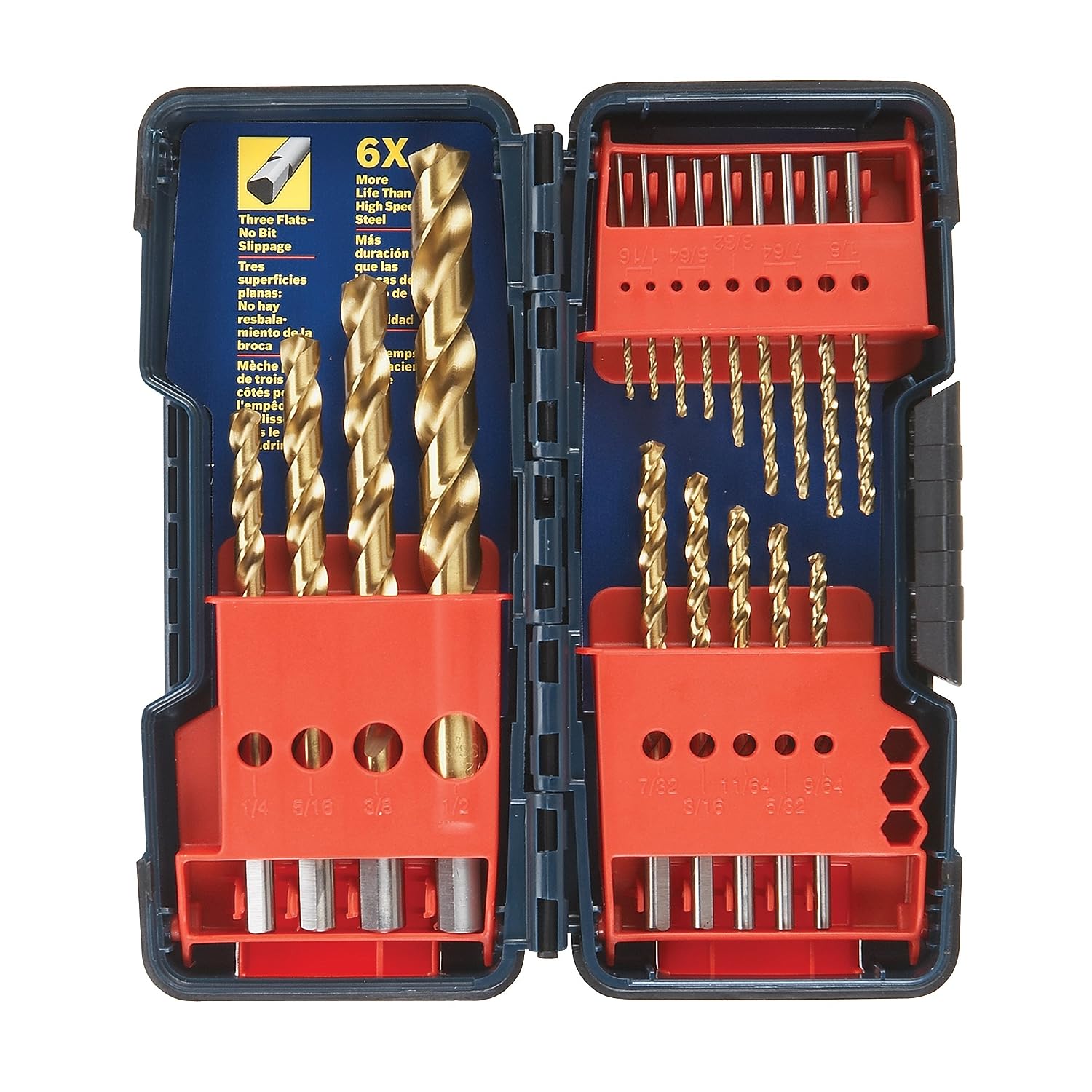 Bosch hit a home run with the 12V PS32.  For those doing any kind of home repair, DIY work, fixing up antiques, you will absolutely love the Bosch dill.

If you decide to go with purchasing one, you would be also wise to pick up a Bosch Dill Bit set.  The combination of the two will mean you can tackle almost any drilling situation, whether you are hanging up shelves, adding pictures to walls or just about anything else.

For those that want to know more, check out the Bosch line of amazing tools.